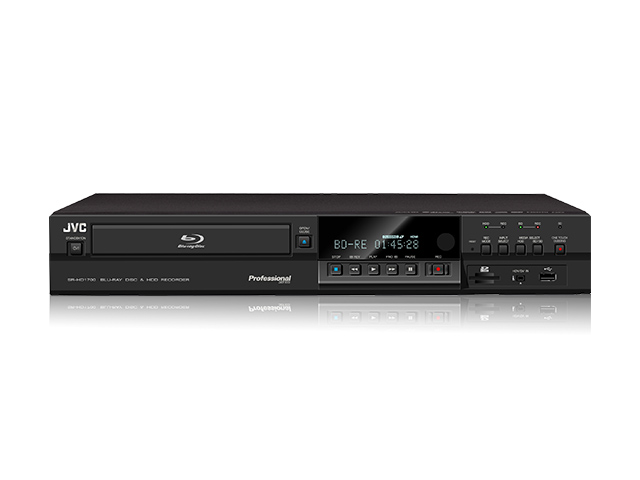 The SR-HD1700US combo deck allows users to create standard Blu-Ray™ high-definition discs or standard DVDs directly from a live video input or from video files stored on its hard disk drive. Live input is provided through the unit's A/V connectors (SD) or the IEEE-1394 interface (SD/HD) and can be recorded directly to Blu-ray or DVD, or to the internal 500GB hard disk drive for later authoring and burning. JVC cameras providing USB 2.0 or SDHC/SDXC*2 memory files up to 35Mbps may also be used as input sources. And with its LAN connector, the SR-HD1700US is able to receive files from popular non-linear editing systems (via FTP) and burn them to disc.

Multiple copies of Blu-ray™ or DVD discs are easily obtained with the built-in duplication functon.

Extended period of recording time
Up to disc full *3